Please join us for this talk by Gordon Hall on their artistic practice and their current solo exhibition at Hesse Flatow Gallery in New York.Gordon Hall is an artist based in New York who makes sculptures andperformances. Hall has had solo presentations at the MIT List VisualArts Center, The Portland Institute for Contemporary Art, TheRenaissance Society, EMPAC, and Temple Contemporary, and has been ingroup exhibitions at The Whitney Museum of American Art, The BrooklynMuseum, The Hessel Museum, Art in General, White Columns, SocratesSculpture Park, among many other venues. Hall’s writing and interviewshave been published widely including in Art Journal, Artforum, Art inAmerica, and Bomb, as well as in Walker Art Center’s Artist Op-EdSeries, What About Power? Inquiries Into Contemporary Sculpture(published by SculptureCenter), Documents of Contemporary Art: Queer(published by Whitechapel and MIT Press,) and Theorizing VisualStudies (Routledge). OVER-BELIEFS, a volume of Hall’s collected essays, interviews,and performance scripts was published by Portland Institute forContemporary Art in 2019. Hall will be 2022 resident faculty at theSkowhegan School of Painting and Sculpture. 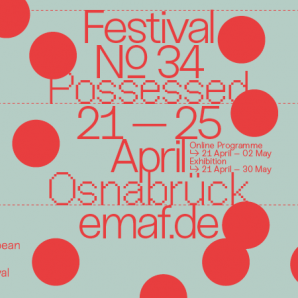 We are very happy to share that several of our students and alumni will be participating in the European Media and Art Festival this year. Christine Ayo, Jamie Kane, Linus Bonduelle, Dagmar Bosma, Shertise Solano, Antonia Brown and Afrang Malekian supported by Katarina Zdjelar will exhibit new video works alongside artists participating in other European academic programs. The video program can be viewed here: emaf.cinemalovers.de and you can find a full program of festival talks here: www.emaf.de.

We are very happy to share that several of our students and alumni will be participating in the European Media and Art Festival this year.... Lees verder 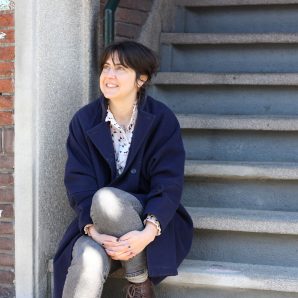 ‘Kate Briggs is a writer and translator whose brilliant first book This Little Art (2017) defies categorization. It is at once a memoir, a treatise, and a history, considering Briggs’s own life as a translator from French to English, offering an account of the nature and stakes of translation, and presenting a history of three women translators in the twentieth century. The book articulates and refracts the many strangenesses and paradoxes of translation as a practice and an art. Translation, Briggs shows us, is both lonely and collaborative, disciplined and profoundly educational, a private devotion and a public project. It energizes and frustrates, requiring from its practitioners passion, precision, and an openness to transformation. Briggs is the translator of two volumes of Roland Barthes’s lecture notes at the Collège de France, The Preparation for the Novel (2011) and How to Live Together: Novelistic Simulations of Some Everyday Spaces (2013), and co-translator of Michel Foucault’s Introduction to Kant’s Anthropology (2008). She teaches at the Piet Zwart Institute in Rotterdam, Netherlands and is currently working on a new book: a novel-essay titled The Long Form.’

‘Kate Briggs is a writer and translator whose brilliant first book This Little Art (2017) defies categorization. It is at once a memoir,... Lees verder 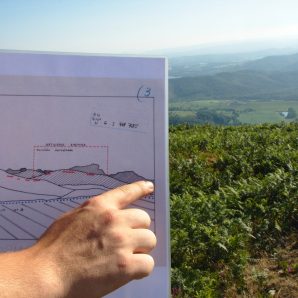 Heritage can often be a source of conflict, as demonstrated by recent controversies over Dutch colonial legacies. Iratxe and Klaas will talk about the role this kind of conflict plays in their artistic practice. They will elaborate on some of the ideas developed by Iratxe in her recent essay The Porous Stone, in order to discuss notions of authenticity, identity, ownership and retribution in relation to contested heritage.Iratxe Jaio (Spain 1976) and Klaas van Gorkum (The Netherlands 1975) work as an artist duo since 2001. Their practice could be described as a kind of experimental archaeology. It explores the social significance of existing objects and documents, by appropriating and reproducing them within a different context. They have participated in numerous solo and group exhibitions at venues such as Artium Museum in Vitoria-Gasteiz; ADN Platform in Barcelona; FRAC-Aquitaine in Bordeaux; MUSAC in Léon; Tabakalera in Donostia-San Sebastian; Kunsthalle Exnergasse in Vienna; Fabra i Coats in Barcelona; De Appel in Amsterdam; or Konsthall C in Stockholm. 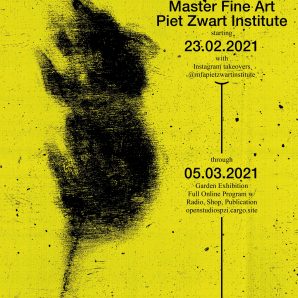 The students of the Master Fine Art at the Piet Zwart Institute kindly invites you to have a peak at our online (Open)Studios event. Click the link and you will find a schedule of events, meet the current students and see what we have been up to. You are also welcome to visit and enjoy our garden at Karel Doormanhof to experience sprouting’s that spring and the students have made.

At this (Open)Studios event, current students will share their multi-disciplinary practices on the airways with the annual Piet Zwart Radio station, they will be selling works on our online shop and sharing their writings on our online publication.

There will also be opportunities to meet the MFA students for questions about the programme throughout the day. Keep an eye on our social media for updates and student Instagram take overs and the (Open)Studios event page for more details. 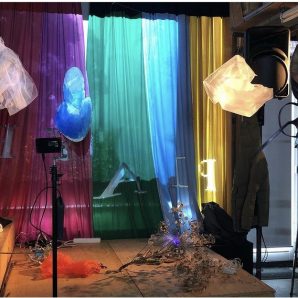 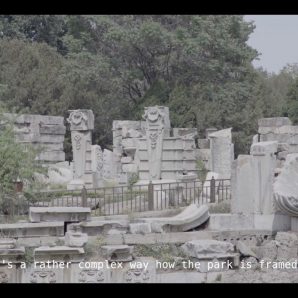 The work of visual artist Yoeri Guépin emphasizes on research and often involves historical trajectories of knowledge production such as botany, archaeology, anthropology or the writing of history through objects. Central to the art- practice is working with collecting and the museum collection/archive as site of knowledge production and its historical vernacular to colonialism. Guépin’s projects often materialize in performative settings involving elements of film, text or objects, sometimes activated at a specific site. His latest project focusses on the late-colonial period and the role of the botanical garden in Bogor, Indonesia in the exploitation of its natural resources by the Dutch government. Guépin holds an MA from Dutch Art Institute (2013) and the works have been presented in various exhibitions and symposia such as Akademie Künste der Welt, Cologne (2018), TENT, Rotterdam (2019) and Times Museum, Guangzhou 2020.

During the talk Guépin will combine both his gardening practice and his most recent project which focusses on botanical gardens, tropical agriculture and experimental plant sciences during the late colonial period in Indonesia. 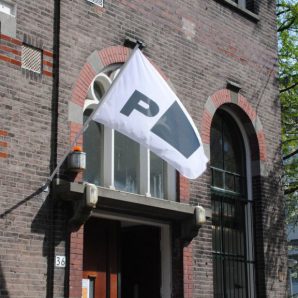 A Leaky Offering: This talk will discuss the poetics, politics, and pleasures of the unfinished in my interdisciplinary practice. What does it mean to be a learner who creates work that is perpetually being iterated upon? In this talk, I will explore leakiness or the refusal of enclosure, as a liberatory technology that offers opportunities to wade in the porous boundaries between spiritualities, ways of knowing, and bodies of text. Kameelah Janan Rasheed (b. 1985) grapples with the poetics, politics, and pleasures of the unfinished: ecologies of Black living, Black textual production, Black utterances, and Black spiritualities. Rasheed is invested in the agile relationships between the varied modes of reading, writing, archiving, editing, translating, publishing, reflecting upon, and arranging narratives about lived Black experiences. These projects include sprawling, architecturally-scaled Xerox-based collages; large-scale text banner installations; publications; digital archives; lecture-performances; library interventions; and poems/poetic gestures. Rasheed has had national and international exhibitions and projects at the New Museum, NY; Transmissions Gallery, Glasgow, UK; Rice University, Houston, TX; Brooklyn Public Library, NY; Brooklyn Historical Society, NY; New Museum, NY; Bronx Museum, NY; Brooklyn Museum, NY; ICA-Philadelphia, PA; MassMOCA, MA, among others. Additionally, she has created public installations with Public Art Fund and For Freedoms / Times Square Arts. Her work has also been exhibited at the 2017 Venice Biennale, and will be included in the Glasgow International, UK (2021) and Prospect.5 (2021). She is the author of two artist books, An Alphabetical Accumulation of Approximate Observations (Endless Editions, 2019) and No New Theories (Printed Matter, 2019). 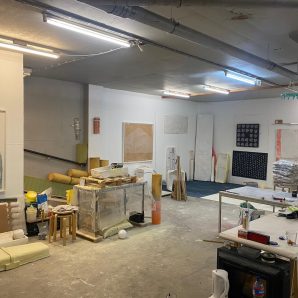 This exploration into my work and practice will borrow concepts from the music recording world. Using the notion of the studio as instrument, I will refer to various experimental producers in pop music history (Joe Meek, Daphne Oram) to frame the unique type of knowledge an artist might glean from a focused studio practice. Attempting to understand the continuous practice of making as a tool in itself, we will touch on some ideas discussed in Hammer and Silence by Jyrki Siukonen. Realizing each of us is different in our way of making, I hope to offer some ideas that are not specific to medium or method, but more a discussion of the notion of a practice itself. Of course, there will be some surprises along the way.

Alexandra Phillips (b.1988) is American currently working in Rotterdam. Although she was born in New York State, she spent much of her formative years in North Carolina. Attending an art-centered high school program at University of North Carolina School of the Arts, she went on to complete a BFA in painting and a BA in art history at the Kansas City Art Institute. Her practice explores a range of medium from sculptural forms, to sound, to text and printed matter. Phillips has worked with various institutions in the United States and Europe, receiving a Van Lier Fellowship (2013), Atelier Mondial is supported by the Zaeslin-Bustany-Scholarship in collaboration with Christoph Merian Stiftung, Basel, Switzerland (2016), Jan van Eyck Academie (2017). For the past year her research has been supported by CBK Rotterdam. In 2011 Phillips and artist Jan Henderikse (b.1932) founded Purepropaganda.org Magazine, an absurdist design firm that continues to operate in various forms today.

It is this passion for materials—far more than the interest in what it is—that sets Phillips’ work apart from the narrative and anecdotal. Because Phillips is expressly not a creator of tableaux: “I’m not an image maker, illusion is not my thing.” She does reflect on the people who once felt desire for what now passes through her hands discarded—the wonder, sometimes with a dash of melancholy—but this never resurfaces in the work. Ultimately her art is meant to be concrete, to represent nothing other than what it is. Phillips works with the characteristics of her materials, but does not transform them. These are characteristics that are so often overlooked, precisely because they may contain a certain degree of randomness, as they are unintended characteristics. Hard cardboard becomes soft when it ages, colorfast plastic fades, and rigid polystyrene eventually crumbles. Alexandra Phillips gives precisely that neglected a second chance, she revisits the obsolete. Because everything deserves “a day in court,” as she likes to put it. The cards are reshuffled, it is a “new round, new opportunities,” for the functional and the functionless, for the unnoticed, worn and discarded, for that which has acquired a new meaning, value aesthetic with the passage of time. 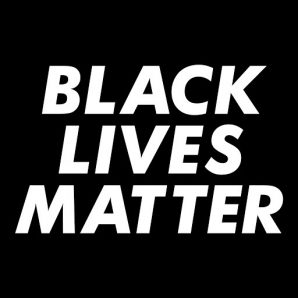 We are seeing the world being potentially transformed by the massive popular resistance to racism and anti-black violence that has been prompted by recent displays of racist brutality. The master’s courses of the Piet Zwart Institute stand in support of movements for racial justice around the world and we hold ourselves accountable to address the urgent demands being issued through protests and community-led actions. We recognize that to stand in solidarity with this movement is to commit to do the work of reflecting its aims of justice and equity within our educational and creative community. We must continue to support and empower diverse perspectives. We must deepen our commitment to making our resources more accessible to a local and an international student body. We must platform voices of resistance and amplify their work through our curricula and programming. And we will continue to engage in active and persistent dialogue and self-critique. We remain committed to manifesting the transformative change we hope to see in the world as educators, artists, and designers. Black Lives Matter.

We are seeing the world being potentially transformed by the massive popular resistance to racism and anti-black violence that has been prompted... Lees verder